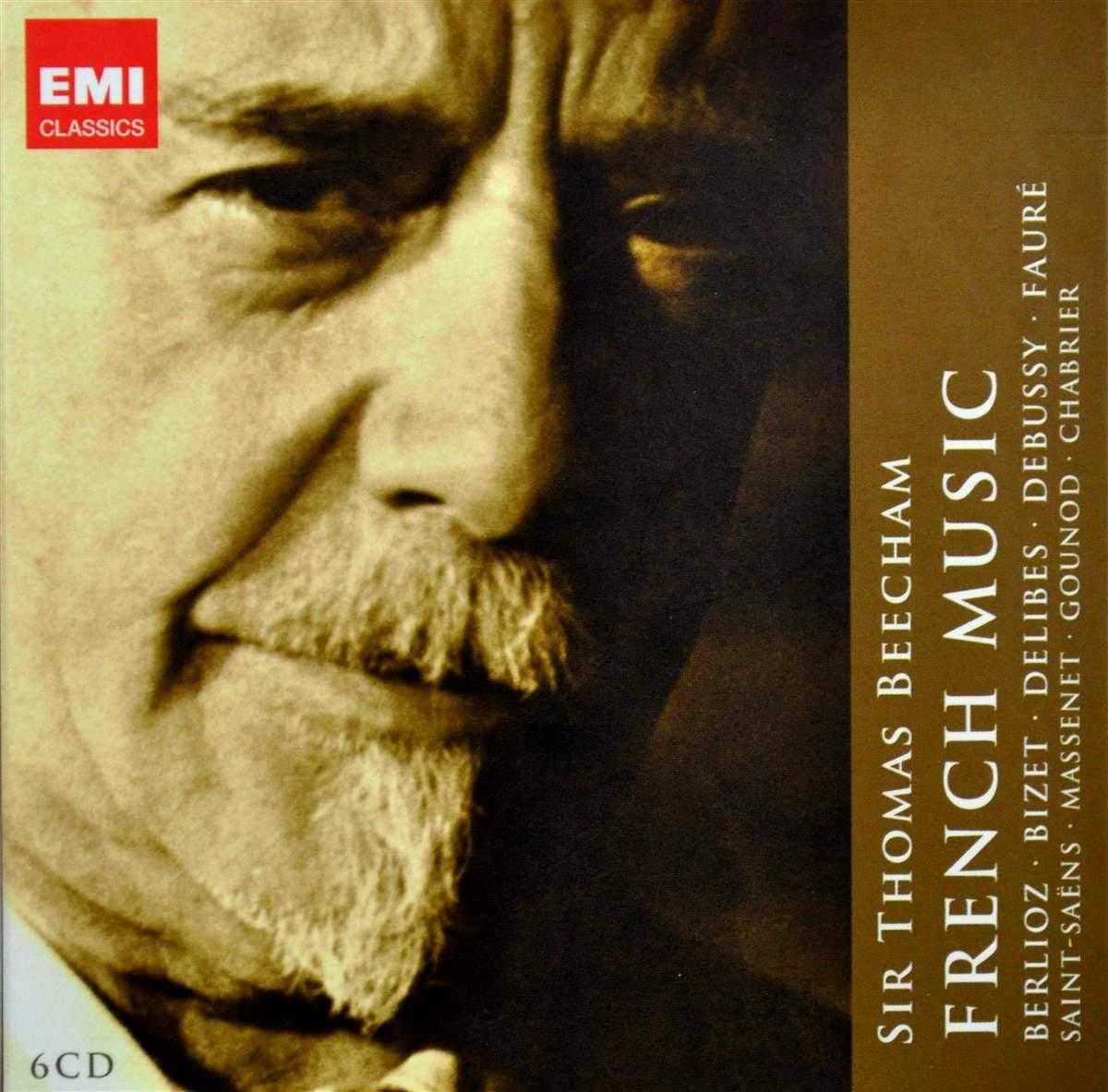 There can be few, if any, musicians who have single-handedly done so much in the establishment of resources for musical performance than Sir Thomas Beecham. To commemorate the 50th Anniversary of Sir Thomas Beechman's death, EMI Classics releases five sets, including one exclusive documentary, that show why he is one of the most colorful and controversial of all 20th-century British conductors.

While his repertory was wide and varied, Sir Thomas Beechman is remembered particularly for his championship of the music of his friend Frederick Delius, for his loving interpretations of 19th-century French music (particularly Berlioz and Bizet), and for his devotion to the music of Mozart, Haydn, Puccini, Sibelius and Richard Strauss. The English Collection, French Music, The Classical Tradition, and The Later Tradition contain many of his most famous recordings of works from these composers.

EMI Classics' documentary, The Great Communicator, covers Sir Thomas's life and career as a conductor and impresario in depth, from its outset to its conclusion. The huge influence he exerted is recalled by 25 eye-witness contributors who include distinguished opera singers, orchestra musicians, writers, critics, broadcasters, audience members, and one of Sir Thomas's sons.

Destined to become one of the most colourful and controversial of all 20th-century British conductors, Sir Thomas Beecham (1879-1961) was born in the north-west of England, the son of a successful manufacturing chemist. After a spell at Wadham College, Oxford, he studied privately with Charles Wood in London and Moritz Moszkowski in Paris with the express intention of becoming a composer.

However, his comfortable background had enabled him to experience concerts and opera performances from a young age and also to dabble in conducting, a discipline in which he was self-taught. By his early twenties he was conducting professionally and in 1906 was appointed conductor of the New Symphony Orchestra. Three years later, backed by his father, he founded the first of several orchestras, the Beecham Symphony. From 1910 to 1915 the family's money also enabled him to mount impressive seasons of opera and ballet, including the British premieres of Russian operas and many by Richard Strauss, and the first visits to London by Diaghilev's Ballets Russes. In 1915 he created the Beecham Opera Company, which performed in London and around the country.

After the Great War Beecham suffered financial setbacks, which curtailed his own ability to back artistic ventures, but his drive and vision were unaffected. He was quite capable of persuading others to support his schemes and on his own he was able, in just a few years, to consolidate his international reputation as a conductor by visiting the major orchestras in North America, Paris, Vienna and Berlin. Back in London he achieved further success by founding another first-class orchestra, the London Philharmonic (in 1932), and becoming artistic director of Covent Garden (1932-39).

After the Second World War (which he spent mostly in America, conducting the Seattle Symphony [1941-43] and the New York Metropolitan Opera [1942-44]), he returned to London to find that the LPO had become a self-governing organisation, so he founded another superb orchestra, the Royal Philharmonic (in 1946), over which he could exercise full control. Visits to foreign orchestras (particularly in America), a profuse recording schedule and regular appearances in the opera house, kept Beecham active to the end of his long life.

His repertory was wide and varied, but he is remembered particularly for his championship of the music of his friend Frederick Delius, for his loving interpretations of 19th-century French music (particularly Berlioz and Bizet), and for his devotion to the music of Mozart, Haydn, Puccini, Sibelius and Richard Strauss. Many of his most famous recordings are reissued in the EMI Classics series Great Recordings of The Century.

The Power of Independent Thinking

More from the beacon more from catalyst more commentaries

The Independent Review A Journal of Political Economy

Subscribe today to The Independent Review in print or electronic form.
Single back issues are available in print for $11.95 or elecronic format for $4.99 or $2.99.

Get the free MyGovCost iPhone and iPad app today!